John Isidor and Sandy Kaltman have been exceptionally generous in their longtime support of Freestore Foodbank and, through their support, have provided food, connection and hope to thousands of tristate neighbors.

“My parents survived a concentration camp where they faced extreme hunger,” said Sandy. “We have the blessing of being able to make donations to address this most basic need.”

John’s career began as a teacher in an inner city school while Sandy worked in nursing. Later, they both worked as attorneys. Their professional experiences cultivated a strong interest in social justice with a special focus on returning citizens and the wrongfully incarcerated.

“Frank Gerson was a friend so I’ve known Freestore Foodbank since its inception,” said John. “As the mission expanded beyond food delivery to job training and giving people second chances to rebuild their lives, both Sandy and I came to the realization of how valuable and critical the organization’s work is. Society is far too harsh at times, throwing people away.”

John and Sandy’s philanthropy is essential to ensuring Freestore Foodbank has the resources to fulfill its mission. In addition to their annual giving, the couple has also included a bequest in their estate planning. Their planned gift will provide for long-term support of Freestore Foodbank’s efforts to provide emergency food assistance alongside workforce development and wrap-around services that build stability and reduce hunger.

“The disparity between the wealthy and the poor in this country is so distressing,” said John. “You have to start with feeding people. No one can be successful without enough to eat.”

“You have to feed the hungry,” added Sandy. “It’s a basic human value. We use our giving to actively show and extend compassion to those who need it.”

John and Sandy’s legacy gift will provide food, connection and hope to our neighbors in need. For more information about leaving a gift in your estate plan, please contact Mindy Hammer at mhammer@freestorefoodbank.org or 513-482-7099. 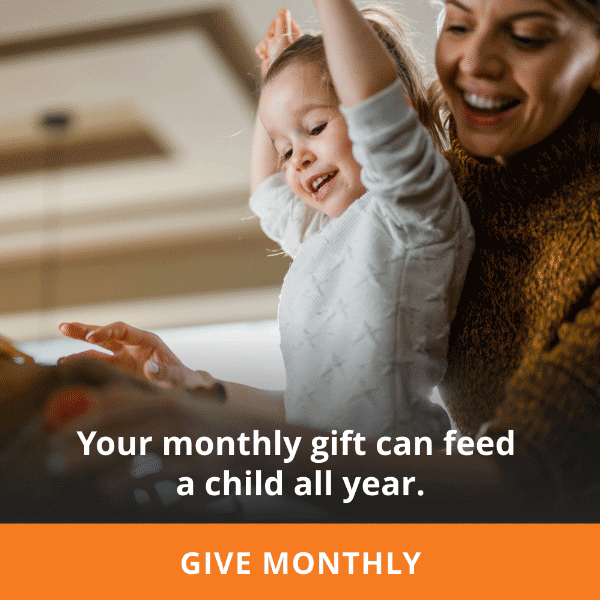