A Home For The Holidays

Sandra stared at the pediatrician in disbelief as he spoke. Her youngest child had just tested positive for lead poisoning. The condition sounded vaguely familiar. She remembered hearing about it on the news happening to other people. Now it was happening to her. She felt panic as she wondered what lay ahead. The symptoms, the developmental challenges, the frequent, mysterious illnesses that led to regular visits to the doctor – all the recent events that were starting to overwhelm her suddenly fell in place. The doctor put her in touch with the Health Department who said they would need to inspect her apartment. A few days and several tests later it was determined that her two older children also showed signs of lead poisoning. The paint on the walls of her old apartment proved to be the source of the lead. The Health Department contacted her landlord recommending renovations to ensure the health and safety of his tenants. To her shock and dismay, the landlord concocted a false accusation that Sandra had not been paying her rent and moved to evict her. “He figured it would be easier to get rid of me than take care of the problem with the building,” she reflects. Sandra sought legal counsel, but received nothing. Within a few days she found herself homeless.

Sandra started to make phone calls, desperately trying to find a place to live. “Every homeless shelter I called was full,” she says. “I was starting to get more and more frantic.” Quite by accident, someone handed her the number of the Freestore Foodbank. “As soon as I called the Freestore Foodbank I felt I would be able to get help,” Sandra recalls. She filled out the required paper work and waited to see if she would qualify for the Freestore Foodbank’s Shelter Diversion program. “I was working at a local restaurant. I made $8.50 an hour which was hardly enough for me to cover rent and take care of my three children.” The Freestore Foodbank enrolled her in the program and put her in touch with the Apartment Association. Together they moved her and her family into an apartment. For the first few months she received rental assistance while she tended to her family’s medical needs and got her life back together. As her life stabilized, she was able to regain her independence and become self-sufficient.

In December Sandra put her name in the hat to be considered for the Freestore Foodbank’s Adopt A Family program. “I was worried that I would not be able to afford to get Christmas gifts for my children and I was so thankful that my family was included in the Adopt A Family program,” she remarks. But then things got even better. A few days later she received an unexpected call from the Freestore Foodbank with the wonderful news that she had been chosen to receive CORT Furniture’s annual donation of furniture, gifts and household items to a deserving family. “This was an amazing gift,” Sandra remarks with tears of gratitude in her eyes. “CORT Furniture gave me gifts that transformed my apartment into a home,” she says. “They gave us furniture for the entire house, pots and pans, a microwave, TVs and gifts for the kids. They gave me gift certificates and a check for $500. They even gave me a Christmas tree.” Sandra is still incredulous at the generosity and compassion of all those who have helped her in the past few months. “Coming to the Freestore Foodbank was the key,” she states. “They took care of my every need and concern and I knew I was safe.” She is also extremely thankful to the Apartment Association for their help in securing a home for her family and providing rental assistance at a time when she needed it.

Sandra works full –time. Now that the crisis is over, she is able to pay her own rent. The Freestore Foodbank is grateful for the opportunity to help individuals and families in the tristate and we are proud to partner with the Apartment Association to help provide rental and housing assistance to our neighbors. 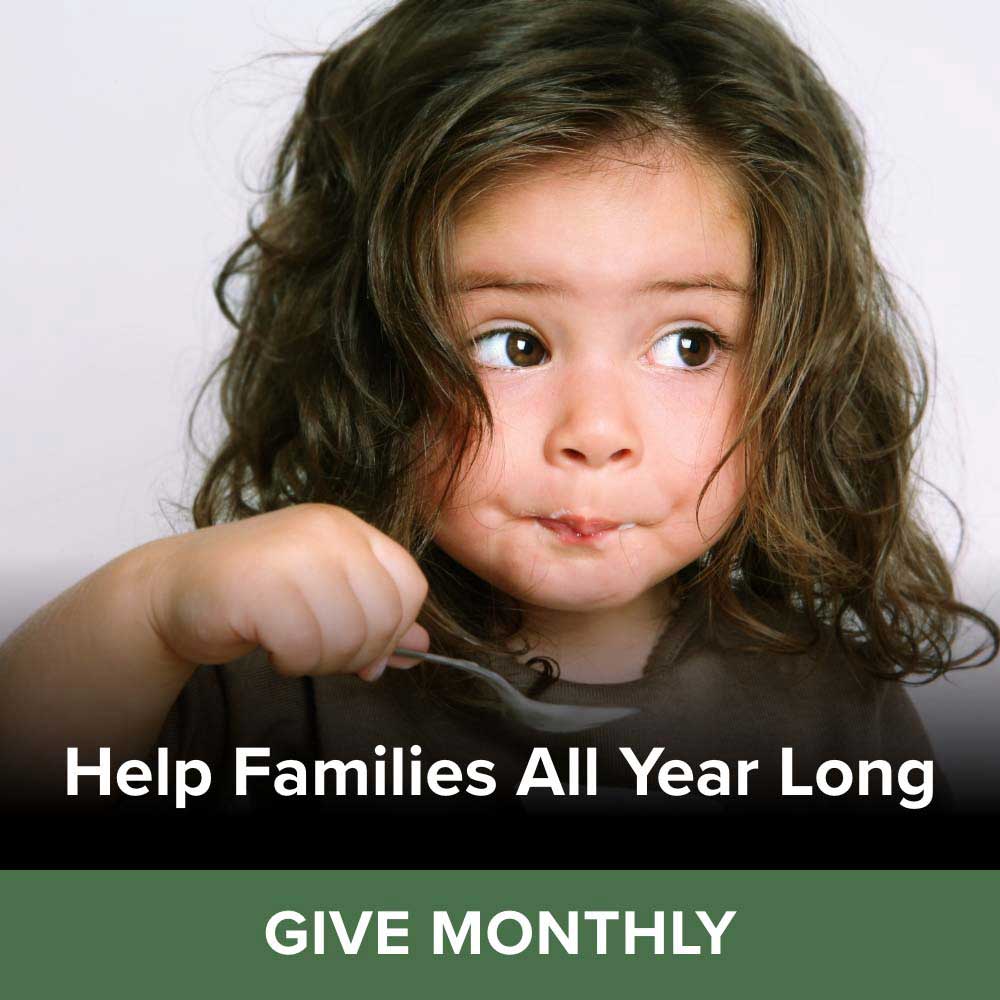